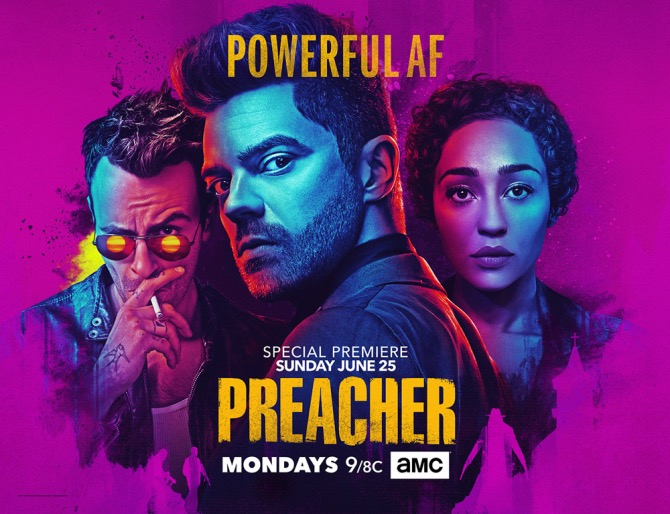 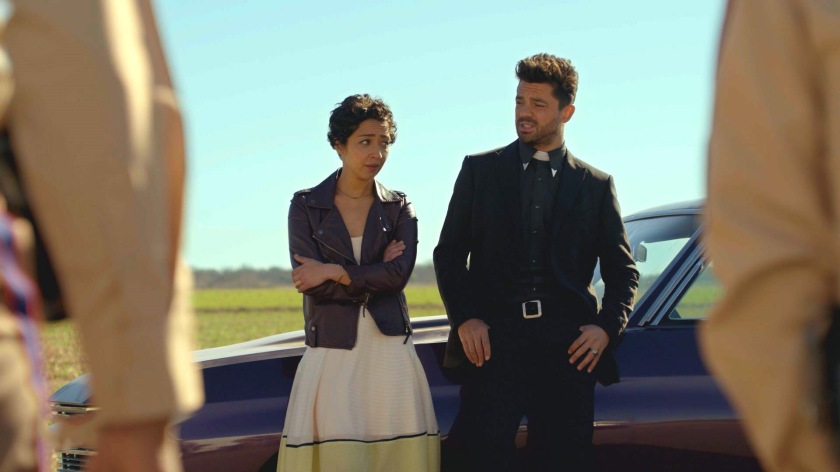 After the great first season Preacher returns with all intentions to top the previous season. All of the weirdness and quirkiness is back. The big question going into this season would it be able to top the previous season.  One of the biggest criticisms of the first season is that while it was sort of a prequel to the comics it seemed that the first season with the exception of a few episodes was pointless. It seemed that it all was just exposition to get to this season. 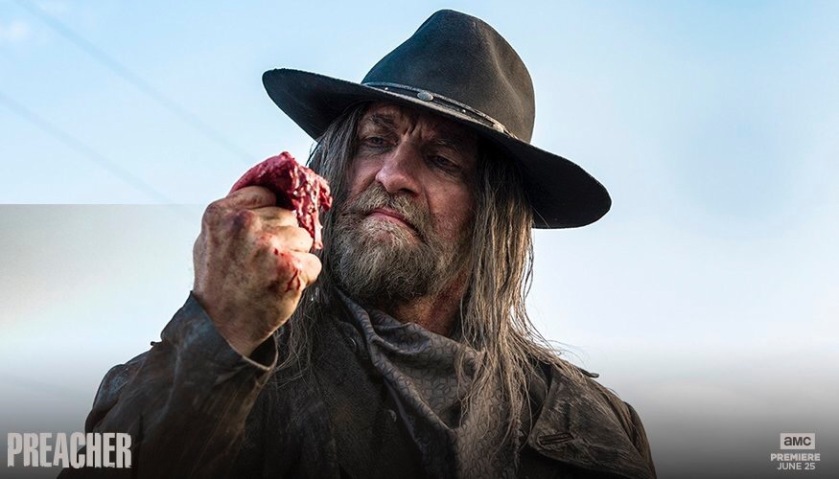 Season 2 thus far does not disappoint as it starts off with a bang. The scene with the police and the scene after that is all what Preacher is about. The quirky darkness and the amped up violence is what this show is about. Speaking of violence the Saint of Killers did not disappoint. Each scene he was in was a exercise in brutality as he hunts down the Preacher with no remorse for any life. With each killing seemingly more brutal than the last.

One of the highlights of the episode is the conversations between Preacher, Tulip and and Cassidy and their search for God. A great moment in the episode is Jessie speaking with the other Preacher about his righteous reasons for wanting to find God and the Preacher saw right though his bs. Then there is also the little problem with Cassidy having sex with Tulip. Cassidy wanting to tell Jessie the true while Tulip seems to be terrified of what he might do with his new found powers to them if he ever found out.

Overall a great episode with a heck of a cliffhanger!  Preacher is off to a great start and I hope it continues this trend.