Where do broken hearts go

Let me start off by saying the beginning of this episode is the most fearsome I have seen Cupid. The fact that she is taking celebrity couples and murdering them for the sake is love is very dark. Cupid has never been a character I particularly liked but this episode does a good job making her seem not only unhinged but a threat to others. She also seems unhinged do to the fact that she loved two people in her life one had no interest in her and the other may or may not have felt the same way.

On the other side of things Oliver and Felicity are not dealing with the breakup good. As the episode starts off with Felicity moving out as a fallout from the previous episode. Both seemed to be having a hard time with the breakup but have to continue to work together for the benefit of the kids (ahem, team). The team figured out that Cupid is going after recently married couples so Oliver comes up with the idea that him and Felicity pose as if there getting married.  What we did get was one of the most heartfelt moments maybe in the shows history. We got a side of Oliver that we rarely see in the way it felt so genuine to the character. The only problem I have is that they continue to go on this will they won’t thing. If this is the end let it be the end. 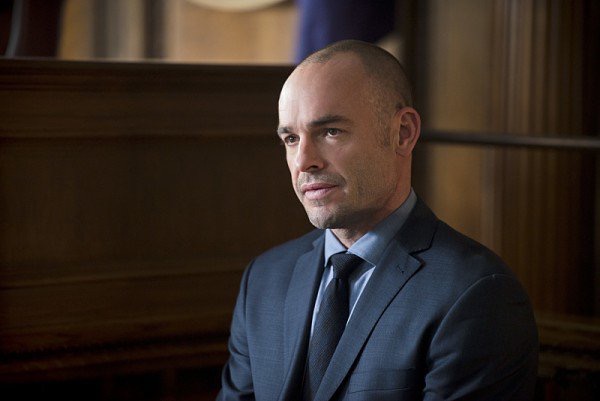 The real story of tonight was the pretrial of Damian Darhk. It seemed like Darhk would get away with everything due to the fact that Diggle testimony would not work due to him buying drugs for Thea and everyone else was too afraid to testify against Darhk.  The only person who could testify against Darhk was detective Lance. Hearing Lance on the stand was also a great moment as he poured out his heart telling all of the atrocities that he committed in the name of Darhk. It was also a telltale sign of what’s to come. If this is the last story of Lance I’m glad he is going out on a high note.