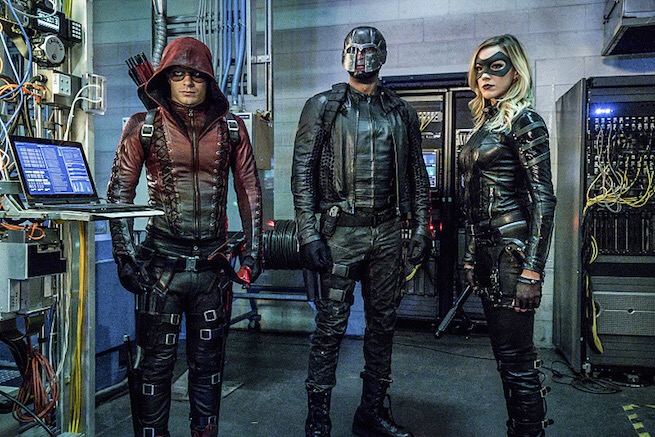 This week’s Arrow had a lot of plates to balance this week. The biggest of these plates was the return of Colton Hayes as Roy Harper.   While it was good to see Colton Hayes back into the role of Roy Harper all of the fun was taking out of it due to it being spoiled by Hayes. While I appreciate the fact that an actor wants to promote a show he/or she is going to be on sometimes it’s better to let fans be surpised.

As for his return, for the most part I liked it. Hayes has always been likable and his reasoning for not going to team Arrow for help seemed logical as to it would have put them all in danger. His banter with Oliver seemed genuine and even more so with Thea as she teared up on sight of him. The ending scene between the two was very touching as well as heartbreaking as a relationship that may never be. Also the fight between Curtis and Roy was awesome to watch and even more entertaining for those who know who Curtis is and what he will become. 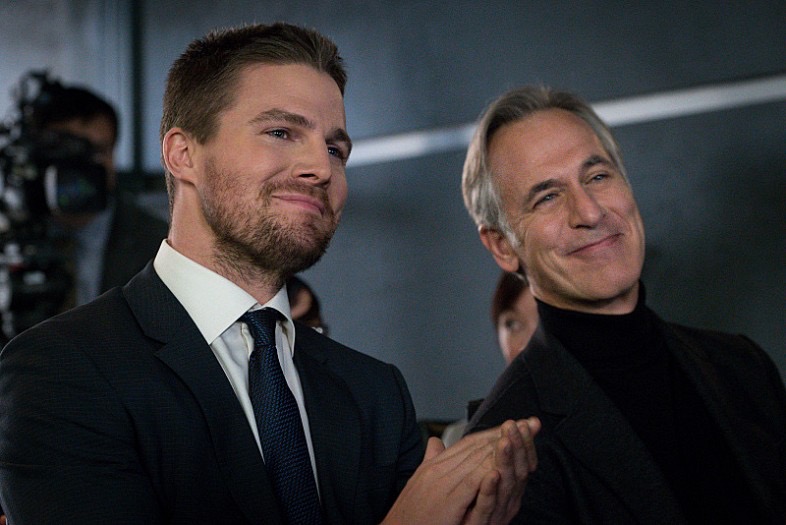 The villain of the week was the calculator. I enjoy watching Villains who are more cerebral and that are more of a test of wits for the team. Also it was very cute for Felicity to tell the Calculator that she “pwned” him. On a side note: how many handicap puns can they possibly make on one show! But the ending of that story certainly made up for it as this won’t be the last we will see of the Calculator. 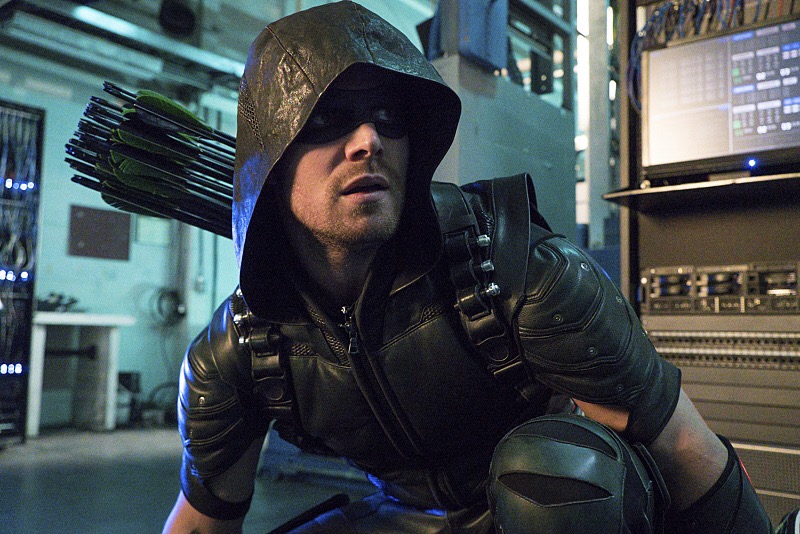 As for Oliver, it’s interesting to see him struggle with the fact that he can’t save everyone. Something always bad is going to happen and not only it’s not his fault but he is not going to be able to save everyone. This works for the character because we as viewers know what he’s been though and how much he has lost and what ends he will go to not lose anymore. Even if it means asking the man who put Felcity in a wheelchair for help. In his flashbacks he got to see Oliver receive training for Yoda, oops I mean Shado. This scene was corny and was not necessary. While the Nyssa and Katana scenes weren’t also necessary they seemed more interesting than the flashbacks. Overall a good episode of Arrow even if it was a little overcrowded.