One of my complaints about this season is where is Jay Garrick. He was introduced in  the second episode and quickly became forgotten. The Darkness and the Light hopes to remedy that problem. The episode starts off with a great flashback and verbal spar off between Earth 2 Harrison Wells and Jay Garrick.  Garrick wants Wells to admit that he created meta humans in which Wells verbally destroys him. There is clear dislain between the two as Wells sees Garrick as a coward and Jay sees Wells as reckless and selfish. Wells goes as far as to even say that Barry should be teaching Jay because he is a better Flash. Ouch!!  The surprise here is that Wells wants  to stop Zoom because Zoom has his daughter and Barry may be the only one that can save her. Zoom seems to want one thing and that’s to be the only speedster in all worlds and while simplistic it works.I wonder how this will play out. 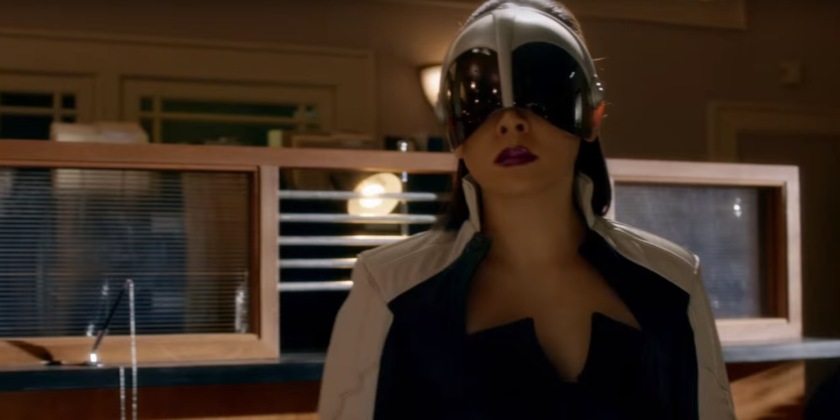 The villian of the week is Dr Light who Cisco found out about with his vibe powers. The team also got the big reveal courtesy of Wells’ device that Cisco is a meta human. His powers seem to be very cool and it will be interesting to see how they develop. On the Caitlyn side of things her relationship with Jay is building as he admits that he is afraid of Zoom. Just when all is going well between the two (getting ready to kiss) Light shows up to spoil the mood. Also there was cool reference to a superhero that I hope we get to see on the show one day. The reveal of who is Earth 2’s Dr Light is very cool and I hope they do more of this and the way Barry defeats Light is cool because it’s straight out of the comics.

Let’s be clear about this Harrison Wells. He is not evil he is just “a dick” as Cisco says. As by his mood he clearly doesn’t want to be there as he is snarky with everyone as he smirks as Cisco tells him what was done to him and has and oh well attitude about it. In Wells defense, it has to suck to be hated for something that has nothing to do with him. Also much like there Wells his motivation is reasonable. He just wants to get his daughter back from Zoom.

My only knock on the episode is the Barry blind date. The premise was a terrible idea that with any other show would be horrible but Flash get a pass because it was silly and they made it work. Also Grant Gustin and  Shantel Yvonne VanSanten have good chemistry and it’s good to see Barry showing interest in someone other than Iris. Overall a solid episode of the Flash. Cisco got his name, Jay left the team and they have a plan to capture Zoom. Next episode seems to be Zoom’s becoming out party and its going to be quite the episode to watch. 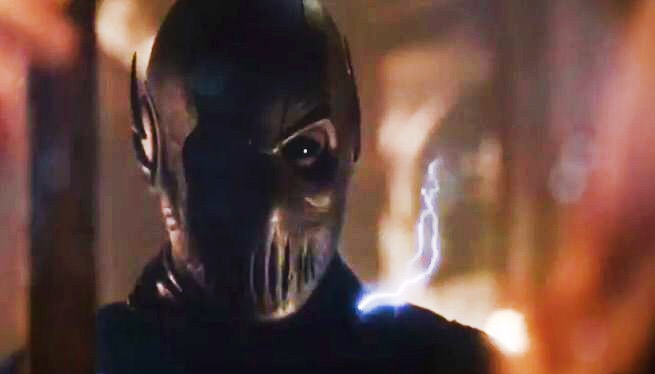