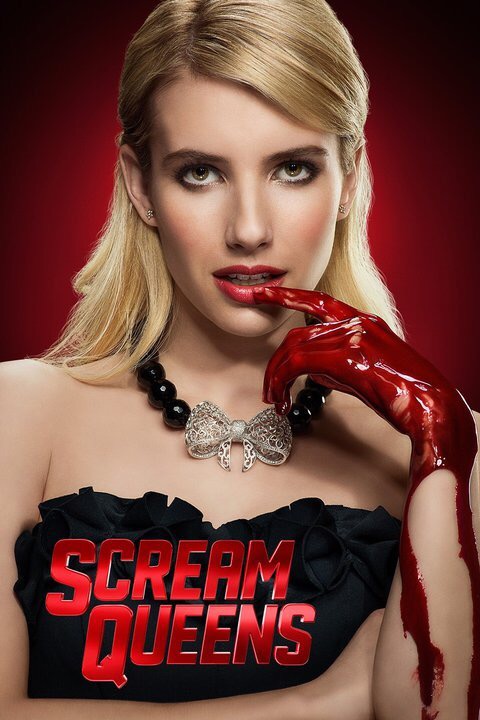 I admit: when I first heard about the show I didn’t know what it was. I thought it was a reality show where the winner would get a role in the next Scream movie. Me not being to big on reality shows had no interest in watching it. For those who are unaware Scream Queens is a horror comedy on Fox that’s about a Sorority that is being stalked by a serial killer. The premise is very similar to movies like Scream and I Know What You Did Last Summer.

Me being a fan of horror movies ( especially 80s slasher films) thought I should give the show a shot. So I watched the first episode know what: I absolutely hated it! I thought all the girls were idiots and deserved the worse faith that could be possibility bestowed onto them. As I watched the episode I screamed at the tv about bad choices cast members made and bad decisions.

After the credits rolled on the episode and I watched the previews for the next week it dawned on me. Not only did I watched the whole episode but I was completely invested into what happen the next week! What makes Scream Queens such a interesting show is that it doesn’t take itself serious. Much like an 80s slasher film you have all of the character tropes. You got the dumb jock who sleeps with all the girls, the popular mean girl and the innocent heroine who wants to save the day.  These tropes are raised to a 10 with laugh out loud results. The mean girl literally kills someone in the first 30-45 minutes of the show and it’s literally brushed to the side because the person was not popular.

What makes Sceam Queens work is that for every funny moment there is another terrifying moment that fits so perfectly into the world. One minute your laughing at the absurdity of the cast and the next your terrified that one of the castmates you like will have their head chopped off by a lawnmower! Emma Roberts is perfect as Chanel Oberlin: The It girl who would do anything to keep her top status. Also there is Jamie Lee Curtis: The dean of the school that would do anything to keep the school in high regard. In closing Scream Queens is a great show with a great and funny cast. It has the perfect blend of horror and comedy that will keep you coming back for more.